Regina Lamendella, Assistant Professor of Biology, addresses the Class of 2020 as they embark on their journey at Juniata College and beyond. She urges them to consider how little things can have big effects. She draws on her professional and personal experiences, both as a microbiologist and as a grateful member of a caring Juniata community, to explain how little things, from tiny microbes to small acts and thoughts of kindness, deeply affect our lives.

The Racist and the Crook: Practical Tips for Civil Discourse During the 2016 Presidential Campaign

The 2016 campaign for the presidency filled the airwaves and cyberspace with uncivil language. A thriving democracy, however, depends on civil discussions. Dennis Plane, Professor of Politics at Juniata College, offers twelve tips to foster healthy, productive, and appropriate political discussion.

Paula Closson Buck is a Professor of English and the Director of Creative Writing at Bucknell University. Closson Buck shares two poems from Litanies Near Water ¾ “Primer in Black” and “The Smallest Man Carries the Candle.”

I Am Prejudiced, And So Are You 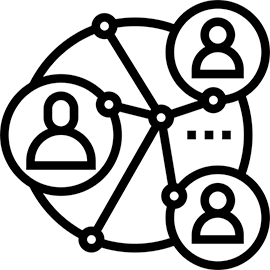 Philip Dunwoody is an Associate Professor of Psychology and developed the “Diversity and Democracy” lectureship series to discuss the 2016 presidential election. In the current talk, Dunwoody discusses prejudice. He makes an important distinction between blatant, explicit prejudice and implicit bias. He provides evidence to suggest that we all exhibit biases, even if below the level of conscious awareness. He discusses the implications of our biased judgments and decisions.

A Keystone State of Mind: Pennsylvania as a Swing State

Scott McLean is a Professor Political Science at Quinnipiac University. From the vantage point of October 2016, he explains the recent history of key swing states and argues that Pennsylvania may be a battleground state, but it is not a swing state.

The First Oval Office: Washington on the Battlefield 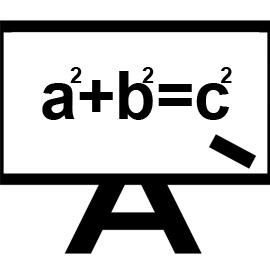 Eugene Boman is an Associate Professor of Mathematics at the Pennsylvania State University (Harrisburg). He discusses a technical flaw in Newton’s original formulation of calculus that nevertheless makes calculus easier to learn. However, this flaw was questioned by Bishop Berkeley, who used it as an example of how the reasoning of science was no more perfect than that of religion. As a result, several scholars worked to make calculus more rigorous, but also incidentally harder for students to learn.

Jumping Out of Assumptions into Questions 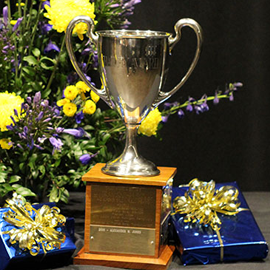 Anh Ha is a member of the Class of 2017 and the winner of the 2017 Bailey Oratorical Competition. In her award-winning speech, she discusses the need to question our beliefs and often unfounded assumptions about people. To get at the heart of who people are, we must ask curious, critical, and courageous questions.

The American War of Poverty: How the Other Half Still Lives

Sasha Abramsky is a journalist who has reported extensively on poverty in America. He explains the widespread and little-understood presence of poverty in the United States today, as well as its roots in the past half-century. He analyzes the Trump administration’s position on political and economic programs, and offer students ways in which they can address this difficult problem.

Magnanimitas in the Twenty-First Century

American football great Bill Curry inspires Juniata students to find their inner magnanimitas, or greatness of spirit, to find fulfillment in life. Through his life experiences both on and off the field, Curry tackles subject including family, faith, perseverance, teamwork, leadership, altruism, addiction, and racism.

Bullies: A Psychohistory of the Cold War - From Truman and Stalin to Trump and Putin

Cardiff University Professor of Law and Politics Sergey Radchenko argues that during the Cold War, policy decisions were driven by “concerns about prestige and credibility” rather than “class struggle or rival visions of modernity.” To make his case, Radchenko discusses four case studies: The origins of the Cold War, the Suez crisis, the Cuban missile crisis, and the end of the Cold War.

Liberalism, Tolerance, and the Limits of Inclusion

Wade Roberts, Associate Professor of Philosophy at Juniata College, discusses the question of how liberal democracies should respond to political movements that reject the basic premises and moral assumptions of the liberal state. Through three examples from the U.S. and Europe, Roberts challenges the reader to consider the values and choices inherent in that question.

The Dehumanized 'Other:' The Arts as a Counterforce to Otherization in Kenya

Kitche Magak, Associate Professor of Literature at Maseno University, Kenya, explores the concept of the “other” and how it has and continues to shape conflict in Kenya. Magak traces this concept from Kenya’s time as a British Colony through to contemporary Kenya artist and activists and their work to deotherize.

Culture, Religion & Democracy in the Gambia: Perspectives from Before and After the 2016 Gambian Presidential Election

Alieu B. Sanneh, PhD Candidate at the University of Missouri, St. Louis, presents views of the Gambia before and after the 2016 Election. The role of Islaminization over the course of the past two hundred years; and what this has meant, and will mean to the nation’s heritage as it transitions to Democracy.

Donald Trump and the Chamber of Republican Secrets

Henry Olsen, senior fellow at the Ethics and Public Policy Center, a conservative public policy think tank in D.C., reveals three Republican Party “secrets.” Long-term Republican success will depend on the ability of the party to unify its disparate factions while retaining those blue-collar voters wooed by Donald Trump.

A Family in Hiding: Testimonial of Rwandan Genocide Survivor

Consolee Nishimwee is a survivor of the Rwandan Genocide against Tutsis and author of the memoir Tested to the Limit: A Genocide Survivor’s Story of Pain, Resilience, and Hope. She tells the story of her three months in hiding, of the pain of losing many loved ones, and of her courageous struggles.

Citizens, Town Councils, and Landowners: The Complex Web of Rights and Decision-Making in the Shale Oil and Gas Development

A noted scholar of environmental law, Robertson narrates turning her professional interest to legal questions surrounding the fracking industry and local efforts to regulate it. Using landmark cases in Ohio with some comparison to the legal circumstances in Pennsylvania and New York, she shows the recent development and current status of regulatory power at the local versus state level.

Along the Road to the White House: The Role of the Media in the 2016 Election

Veteran journalist Scott recounts the primary and general election phases of the 2016 presidential campaign. He makes a number of analytical points about the unique features of this election and poses some criticism of the press’s coverage of it.

Nativism, Eugenics, and White Nationalism: A Casual or Causal Relationship?

History professor emeritus Sowell considers the history of nativism and emergence of eugenics in the United States from the 1830s through 1920s and then compares it to contemporary white nationalism. The movements and public opinion are highlighted through political cartoons, pamphlets or other imagery.

From Solvated Electrons to Shale Gas via the Liberal Arts 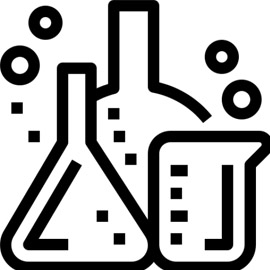 Dr. Paul Schettler, Emeritus Professor of Chemistry at Juniata College, recounts his important involvement in the discovery of natural gas in shale deposits and the methods used to extract it. His story is not only a revealing personal account of how fracking started in the USA, but also shows how scientific research benefits from interdisciplinary collaboration, as fostered at liberal arts institutions such as Juniata College. 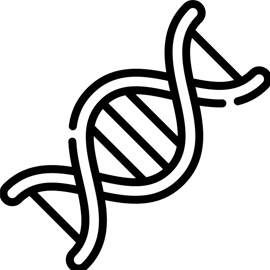 Jay Hosler, Professor of Biology, revels in the stories of the students he has come to know in his seventeen years of teaching at Juniata. He looks forward to reading these “whirly-swirly” stories that “could change the world” as they continue to unfold.

Kristin M. Lord, President and CEO of the International Research and Exchanges Board, encourages graduates in the class of 2017 to embrace a global vision and “get globalization right.” Through the highs and lows of her personal story, Lord gives a clear-eyed view of the messiness of life and of the hard work and significant rewards of global engagement.