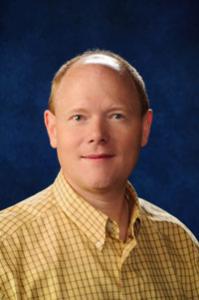 Dr. Richard Hark has taught at Juniata College in Huntingdon, PA since 2001. He was promoted to full professor in 2007 and currently serves as Chairperson of the Department of Chemistry. Dr. Hark earned a bachelor's degree in chemistry from the University of Rochester in Rochester, N.Y. in 1984, where he worked with Andrew Kende on the synthesis of antineoplastic agents. He went on to earn a doctorate in organic chemistry from the University of Pennsylvania in 1996.

His graduate work involved a project with K. C. Nicolaou directed at the synthesis of a complex marine natural product, Brevetoxin A. He completed his doctoral studies with Madeleine Joullié where he synthesized a large number of novel ninhydrin analogs as reagents for visualizing latent fingerprints on porous surfaces. The latter studies were supported by and conducted in conjunction with the United States Secret Service. This effort led to Dr. Hark's continuing interest in forensic science.

Dr. Hark began his academic career at Marietta College in 1993. He was promoted to associate professor in 1999 and also served as director of the Honors Program from 1999 to 2001. He also worked briefly as an instructor at Haverford College in Haverford, Pa., in 1990 and at Widener College in Chester, Pa. in 1989. He received the Marietta College Outstanding Faculty Award in 2000 and the Edward G. Harness Fellowship for Distinctive Teaching in 1998. He received the Juniata College Outstanding Faculty Award in 2004 and the Henry H. '57 and Joan R. Gibbel Award for Teaching Excellence in 2007.

Dr. Hark's current research efforts are focused on the application of Raman spectroscopy and laser-induced breakdown spectroscopy (LIBS) to the analysis of artworks and archeological artifacts, geomaterials, and items of forensic interest. His work has been published in a variety of journals, including the Canadian Journal of Chemistry, the Journal of Forensic Identification, Applied Spectroscopy, Synthetic Communications, Tetrahedron Letters, Spectrochimica Acta-B, Applied Optics, the Journal of Raman Spectroscopy, the Journal of the American Chemical Society and Proceedings of the National Academy of Sciences (USA). Dr. Hark has served on a number of professional and academic committees. He is a member of the American Chemical Society, the American Academy of Forensic Science, the International Association for Identification, the Optical Society of America and the Society for Applied Spectroscopy. Dr. Hark is also a certified hazardous materials specialist and volunteers with the Huntingdon County Emergency Management Agency. In addition to teaching introductory and advanced level organic and analytical chemistry he has taught a forensic science laboratory course and currently is part of an interdepartmental colloquium called "The Chemistry of Art".

Dr. Hark is originally from the Buffalo, NY area. He has lived abroad in Finland and spent a yearlong sabbatical in England at University College London and the Victoria and Albert Museum. He has traveled extensively in Europe and visited Egypt, Israel and Morocco. Richard and his wife, Memory, have five children and one grandchild.